2021 has not been kind to StudioVRM's racing program. A myriad of mechanical issues, from worn-out suspension components to oil leaks to a sudden wheel bearing failure sidelined our Prelude at every track outing. And to add insult to injury, the harsh realities of finances and scheduling kept us from taking up GogoGear Racing's generous offer to guest drive their USTCC Civic at Sonoma.

But there was still one last chance for redemption. The hardcore club racers of the Honda Prelude Racing Group were planning a meet at this year's NASA Hyperfest at VIR. Yours truly has never been to VIR. Wouldn't it be so satisfying to finish off the year with a few glory laps with friends at one of the fastest tracks on the east coast?

With that goal set firmly in our sights, we pulled the Prelude into the garage and set to work on the issues from that disastrous race at NJMP. A teardown of the front and rear suspension revealed a bad rear camber adjuster. This was very likely the cause of the uncontrollable weaving down the straights at NJMP. A new 2-quart Accusump arrived from Canton to replace the leaky unit that turned the passenger floor into an oil slick. As a precaution, we also replaced the seasons-old front driveshafts, which revealed that the left front wheel bearing was on its way out. Out came the old worn-out components, in went a set of new CV joints from Insane Shafts and a brand-new NTN wheel bearing. For good measure, we also replaced the washer on the oil pan drain plug with a new copper unit to eliminate the last of the leaks.

Although the main objective was to get the car up and running, we couldn't resist the opportunity to upgrade the front suspension. So in went a set of K-Tuned roll center correcting ball joints for a RSX alongside a set of Raybestos ST-45 before the alignment was set back to race specs.

There were only a few short weeks until Hyperfest, and only a few opportunities for a proper shakedown. Thankfully, MoeHPDE had a track day on NJMP's Lightning track at just the right time. Moe's well-organized events have quickly become a favorite of ours, thanks to their generous 6-session track schedule and strict safety standards that keeps drivers under control.

The drive down to the track was punctuated with sudden bursts of torrential downpour, which fortunately was going in the opposite direction. We would only see intermittent spots of drizzle for the rest of the day - perfect for troubleshooting problems with the car.

And right from the off, we would have a problem. Just as we were getting ready to roll of the grid, the clutch pedal went straight to the floor. The seals in the car's clutch slave cylinder had failed, and all of the brake fluid in the system had leaked out. A friendly grid worker helped push the car to a safe spot in the grass before I took a trip into downtown Millville for a $16 slave cylinder and a $45 vacuum pump to bleed the air out of it. 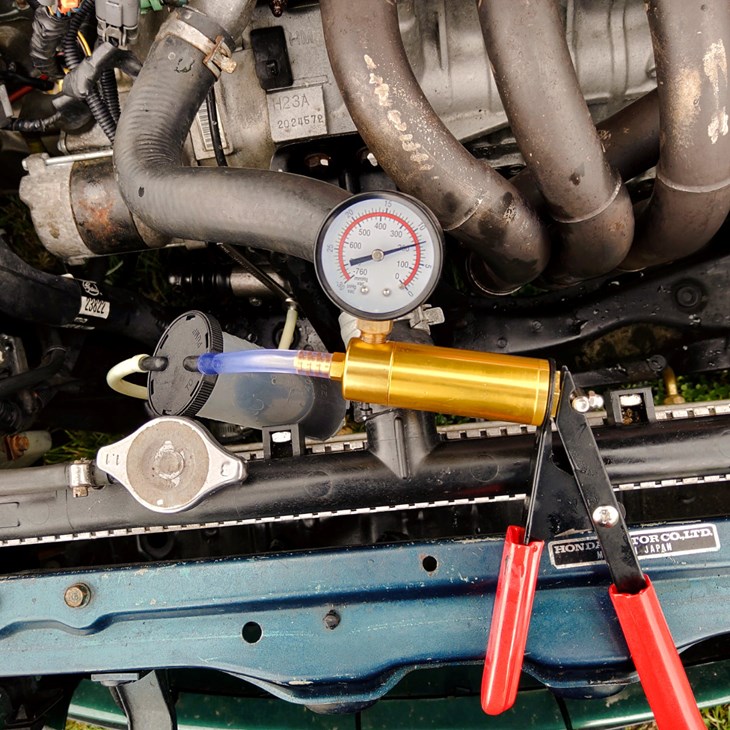 A slave cylinder replacement is a job best performed with two people, but with a bit of struggling and a lot of pumping, I managed to get pressure back in the left pedal just before lunchtime. Gold.

At 2:20 PM, the Prelude took to the track for its first on-track session of the day. I slowly wound up the revs as both the Prelude and I reacclimatized to being on track. It had been months since either of us had set foot on a racetrack. It took all of three corners to feel at home behind the wheel. We were back. And it felt good.

A conservative out lap showed promising signs. The fixes to the suspension system worked. There were no sign of the odd handling issues or the passenger side oil leaks that ruined our last weekend. More good news came as I slowly started pushing on the next few laps. The car was turning in more sharply than ever before. It seemed the K-Tuned ball joints were performing exactly as advertised, regardless of the fact that we were using them in a blatantly off-label way. Things were looking up.

That was right before things started going sideways. Literally. While passing a Porsche and an older Mustang coming out of the Lightbulb turn, the whole left-hand side of the Prelude's windshield suddenly clouded up. Then, in the middle of Turn 1, the rear end of the Prelude kicked out in a sudden and violent measure of snap oversteer. There was only one thing that could cause those seemingly unrelated symptoms: A big oil leak.

Once again, the Prelude's oil dipstick had popped out of its tube, spraying a quart of Driven BR-30 break-in oil all over the engine bay. It had gotten into the crevices of the hood, leaked onto the windshield, and greased up the left rear tyre. Not good.

Both oil catch cans appeared to be empty when the dipstick popped out, which was a bit strange. We would need to run the car again to see if it was excessive blow-by or something else that caused the problem. But first, we needed to get the oil cleaned up.

Two cans of brake cleaner and a roll of paper towels only got the worst of the mess. But it wasn't enough. There was so much oil left inside the nooks and crannies of the hood that the corner workers immediately called us back to the pits when we tried to leave for the next session. I needed to get the rest of the oil cleaned up, but all I had to wash the oil away was a few bottles of Gatorade.

Just as I was about to throw in the towel, ProjectCRX's Martin Szwarc made a well-timed entrance to the paddock. Martin saw the messages in our team's group chat and rushed down after work to help. Our friendly and resourceful teammate found a motorcycle racer on the Thunderbolt track with a case of orange-scented electronics cleaner and made a deal to buy the entire box. 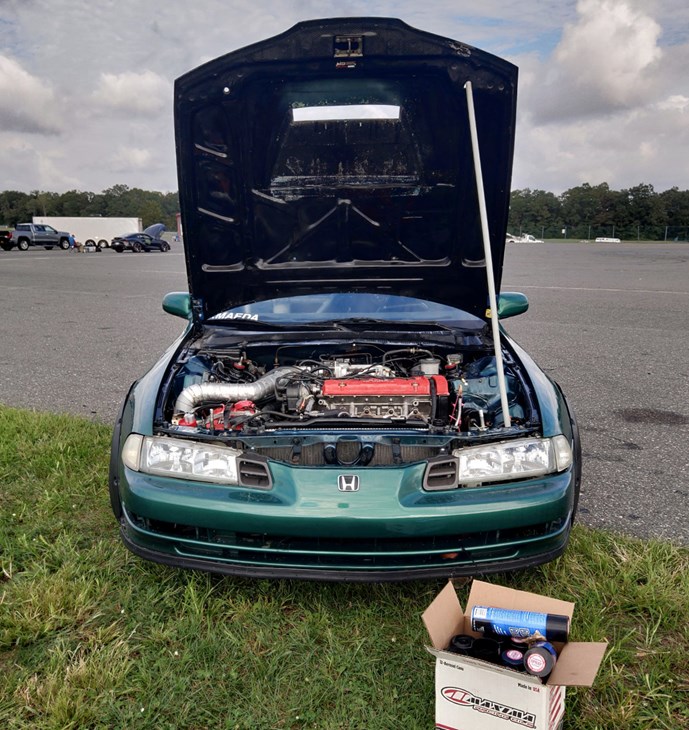 With a dozen cans of spray cleaner in hand, the two of us proceeded to clean the oily residue out of every corner and crevice of the Prelude's engine bay, leaving nothing but a pleasant orange after scent. Glass cleaning wipes seemed to do little for the oily windshield, so covid-killing alcohol wipes served as substitutes, ridding the Honda's forward-facing glass of both motor oil and deadly airborne viruses.

The friendly grid worker from the morning checked our car for leaks and gave us the thumbs up, releasing us with a smile to get one last session before we headed home.

Even though the dipstick was now ziptied down, enough crankcase pressure could cause it to blow out again. To combat this, we agreed to keep the Honda's H23 powerplant well below its redline, doing a few laps below 5500 rpm before gradually stepping it up to 6000 rpm, then 6500 rpm.

Once again, the car felt fantastic. The front end felt eager to turn into whatever direction I pointed it to, effortlessly gliding through the fast, flowing corners of the Lightning track without batting an eye. The aggressive Raybestos ST-45 brake pads made hard braking much easier than with the old ST-43s thanks to the increased front brake bias. Even at 7/10ths pace, I could tell the car was already much better than it was before.

But just as I was getting ready to step it up to 7000 rpms, I saw the black flag at the entrance to the Lightbulb. It turned out that the Prelude was smoking into the braking zones now. There was another oil leak, this time from somewhere behind the timing cover. This one wouldn't be an easy fix. Not that there was any time to fix it, of course. We messaged the symptoms to Powertrain Wizard Robert Oliver and loaded the Prelude onto the trailer. 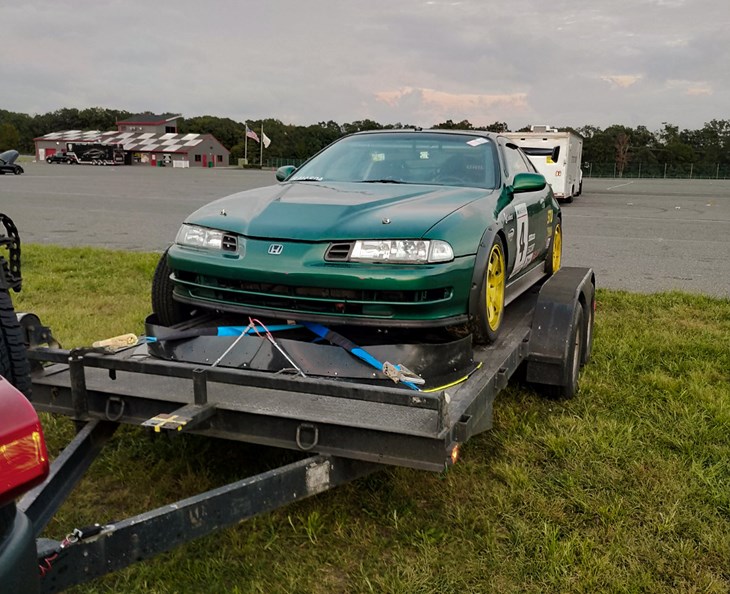 Martin had brought a slab of hazelnut chocolate cake from his bakery with the intention to celebrate a successful shakedown. We ate it anyway. And despite all of the problems that day, it still tasted good. 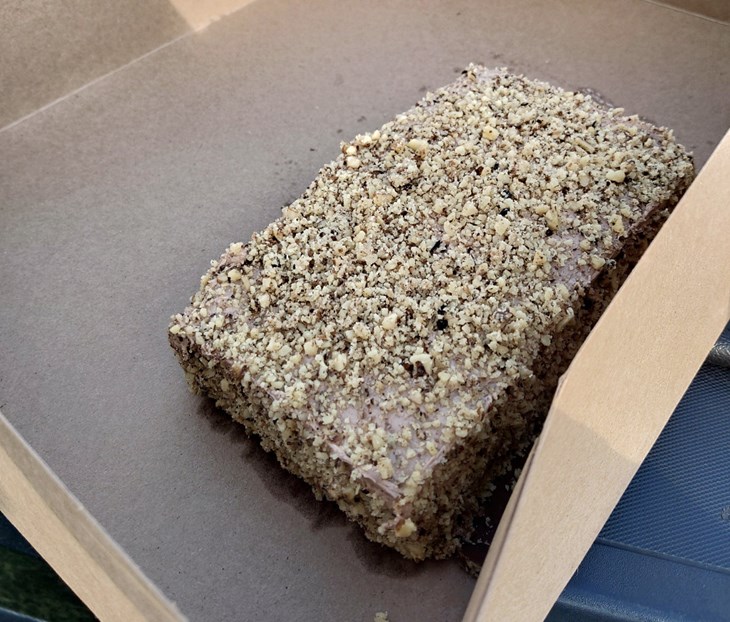 The reality is that there are still some underlying problems with the Prelude's powerful new engine. But on the other hand, we were also able to squash the bugs in the chassis and pick up speed in every corner.

In all likelihood, we won't be able to address the engine issues before Hyperfest. So, we are executing Plan B. Yours truly will be taking ProjectCRX to VIR in October. 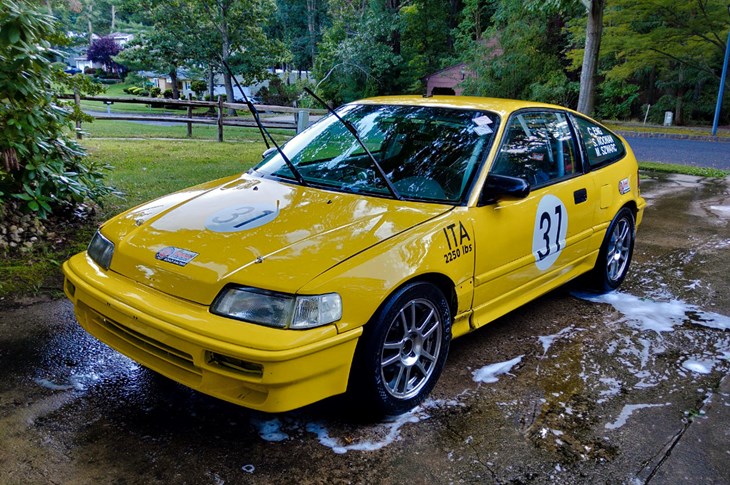 Make no mistake, the StudioVRM Prelude will be back. 2021 has us down, but 2022 season is right around the corner. And we will be ready for it when it comes.