A catastrophic engine failure saw Team StudioVRM.Racing bow out from the Pittsburgh International Rounds of the 2022 USTCC East Series before they had even started.

The team's H23 powered Honda Prelude Si lost power coming out of the Pittsburgh International North Course's slow turn 10, and Driver-Owner Roger Maeda had to crawl the car back to the paddock with a cockpit full of smoke. Team Mechanic Martin Szwarc, the ever-helpful Coyote Black, and famed pro motorsport crew chief Jim Locke performed some trackside troubleshooting with borrowed tools, only to discover that cylinder 1 had no compression. A borescope inspection revealed that the ring lands on the piston in cylinder 1 had failed and chunks of piston had broken off.

The damage was nothing short of catastrophic. With no spare engine and no means to change it before the start of the race, the team had to retire the car before racing had even begun. 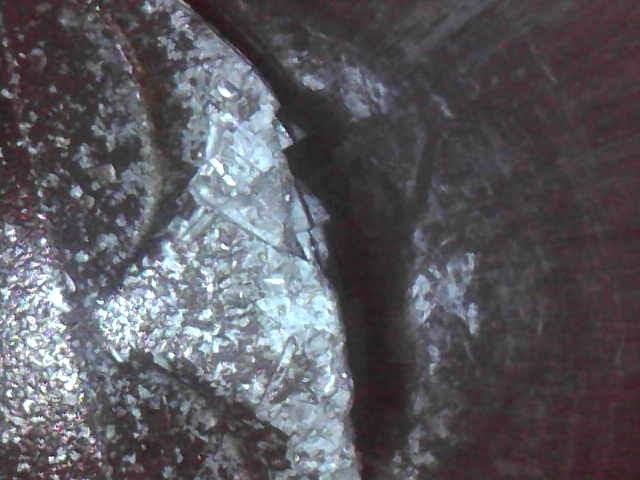 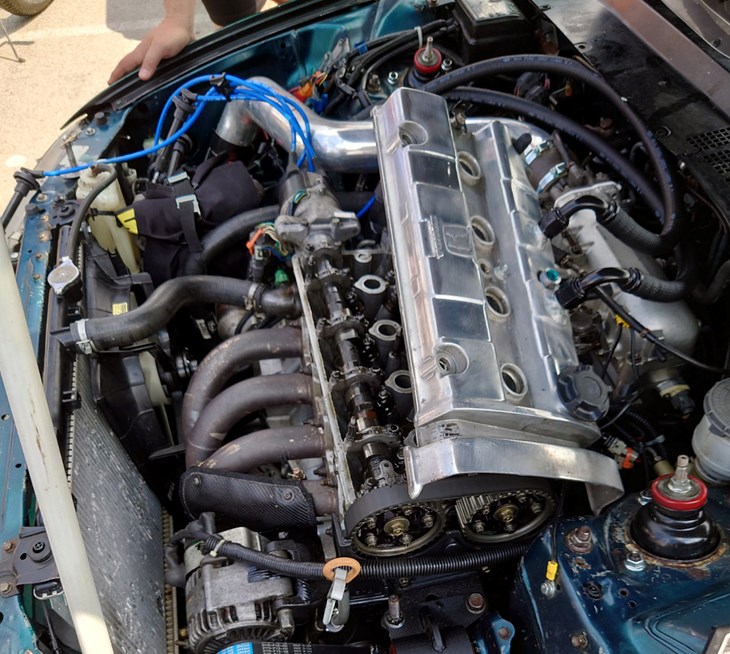 "It feels terrible to have to retire the car before the weekend has even started. We haven't even had the chance to get up to speed before the engine let go. The engine will go straight to Powertrain Wizard Robert Oliver for an inspection and teardown so we can figure out what to do next.

The one silver lining was that we were able to give our new FatFour Customs Acura RL brake system a quick test, and confirmed that their stopping power is as strong as their show-stopping looks. That will give us something to look forward to once the Prelude is back up and running under its own power." 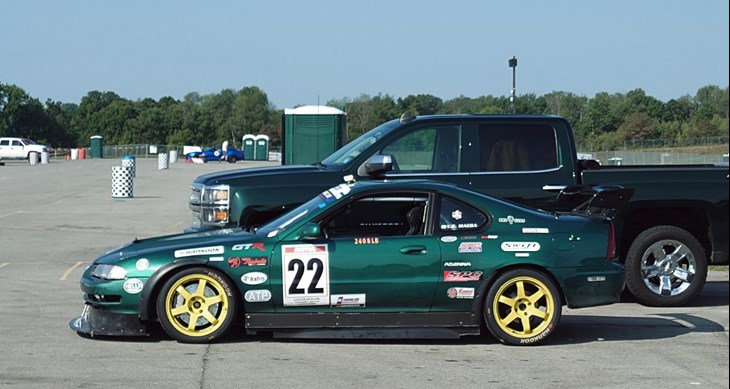