MILLVILLE, New Jersey, USA - New Jersey's own Roger Maeda battled hard charging competition and searing heat to take 1st place in the Sportsman class in Round 2 of US Touring Car Championship East Series at NJ Motorsports Park. This was the first race win for both Roger and the East Brunswick-based StudioVRM Racing Team since it took its step up to the pro racing series, representing a remarkable turnaround from its disastrous early retirement from last year's June race at the very same track.

A misunderstanding of the grid announcements resulted in Team StudioVRM.Racing arriving late to the grid and missing the first few laps of qualifying. Thankfully, NJ Motorsports Park's Lighting track is long and is mostly made up of high-speed corners. Roger warmed up his new Hankook F200 slick tyres, and unimpeded by any traffic, banked a safe but brisk 1:16.705 lap time just one lap before the end of the session.

The team estimates that there were a few more tenths left in the car and driver, but that lap was enough to put our green Prelude within half a second of the On Q Racing Super Touring BMW 325. Roger and the StudioVRM Prelude would start 2nd on the grid for the Saturday Heat Race.

Learning from his start line mishap at the first round, Roger timed his start perfectly and firmly glued the #22 StudioVRM Prelude to the back of Andrew Conner's ST-class BMW. He pushed hard from the outset, keeping the polesitter within striking distance for as long as possible. The 325's 300hp engine would make overtaking a challenge around the high-speed Lightning track, but with consistent laps and the potential for anyone to push too hard, there was always a chance.

Unfortunately, fate would intervene and spoil the fun. The #22 Prelude's left rear brake rotor suddenly and catastrophically split into two pieces, destroying the left rear wheel bearing and threatening to throw the green Honda off the road. Roger managed to limp it back to the pits after clocking a lowly 1:19.336 lap in the late afternoon heat.

Roger started second on the grid in the Sunday Feature Race by virtue of his fast banker lap from the Qualifying session. He would once again nail a perfect start and dove into Turn 1, pursued closely by a rejuvenated Coyote Black, who had extracted maximum power from his Integra Type R by permanently locking its engine into VTEC mode.

The #23 Savage Garage Racing Integra followed closely behind, filling the Prelude's rear-view mirror and inching ever closer through the entire first half of the race. But just as the cars finished their 11th lap, the combination of heat and an oil pan leak forced Coyote to slow down dramatically. This gave Roger the opportunity to open a gap and secure a first-place finish in the SP class with a best lap of 1:16.809.

"It's hard to describe just how special this win is. Just 12 short month ago, we were driving back to the shop with our heads in our hands, towing a broken car, without turning a single racing lap on track. And now we are coming home with a fast and reliable performer, a beautiful custom-made trophy, and a trunkload of prizes from our series sponsors, Adenna, ScanGauge, and Fauna. We couldn't have dreamed of a better result.

We can't rest on our laurels though. Despite being handicapped by his underpowered backup motor, Coyote Black in the Savage Garage Racing Integra Type R was right on our rear bumper for the entire first part of the Feature Race. If he didn't have those issues with his rear tyres, there was a good chance that he could have gotten past into Lightning's fast uphill turn 1 or the downhill Turn 7. Not to mention, we hear that the team is planning a major engine upgrade for the next round.

We are planning to counter his extra power with chassis and suspension upgrades on the StudioVRM Honda Prelude. We think we can lighten the car by about 50 lbs and trim some aerodynamic drag while still being above our minimum weight for the series. Let's see if it's enough to bring the fight to Coyote on his home track, Pittsburgh International Raceway. It's going to be very, very close." 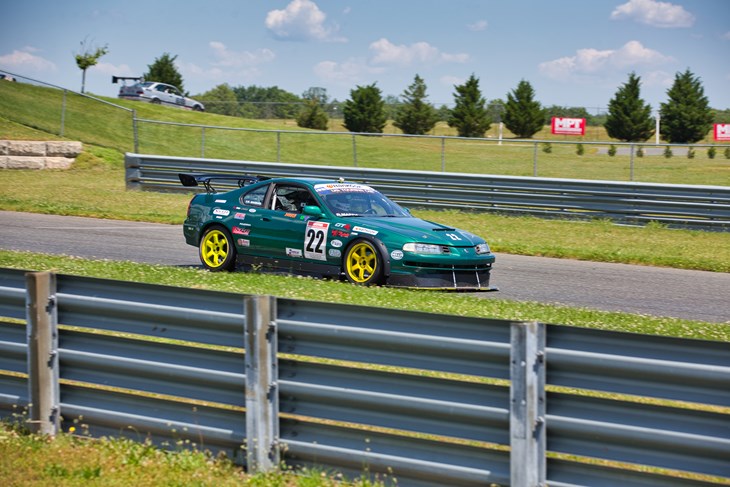 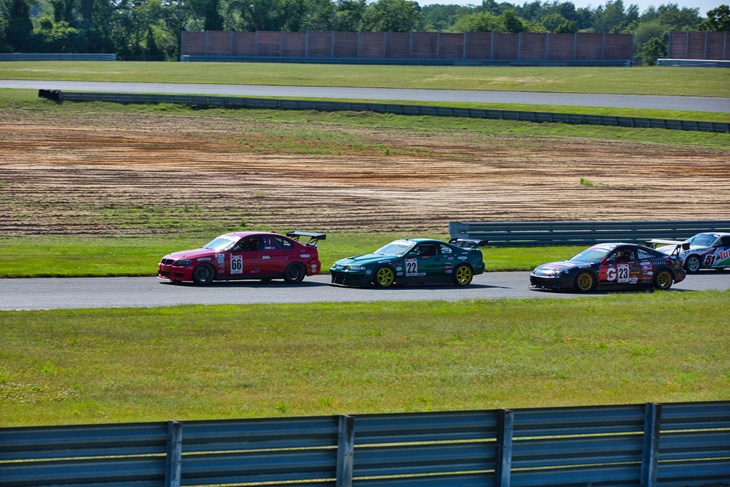 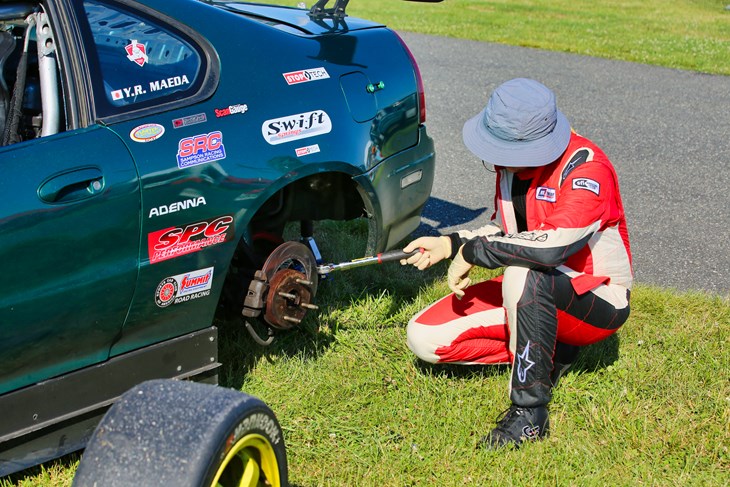 Thank YOU - yes, that's right, you, reading this race report - for standing with us as we climbed our way back from the darkest depths of defeat to the top step of the winner's podium.

We will be back for the Pittsburgh International Round of the USTCC East Series on August 27-28, 2022.