StudioVRM.Racing's lead driver Roger Maeda took the wheel for the first part of the grueling 3-part enduro, handing over the reins to ProjectCRX.Racing's ace Martin Szwarc to close out the race. At 107 hp and 2250 lbs, the team knew the CRX would be one of the lightest and least powerful cars in the field. They therefore gambled on a strategy of running the entire race on one set of 100 treadwear Nankang AR-1 racing tyres. The treads on the hard compound Nankangs would prepare the team for the possibility of rain, while giving the car just enough grip to match the cornering speeds of the Miatas that dominated the E4 class.

Although the track stayed dry, the strategy still paid off. Martin and Roger aggressively hustled the lightweight Honda from the bottom of the grid to a solid 4th place finish in the E4 class.

When they crossed the finish line, the duo also achieved a long-standing goal for team ProjectCRX.Racing: Finish the classic South Jersey endurance race in the car that they built together over 8 years ago.

Qualifying proved to be the biggest challenge for the team. The sole qualifying session was only 30 minutes long, and it had been several seasons since Martin or Roger had driven the single-chicane layout of NJMP's Thunderbolt circuit. The team opted to sacrifice qualifying speed and dedicated their time to learning the track and car.

This was particularly useful for Roger, who discovered that the extra cushions he put in the CRX's large Racequip full containment seat put him too close to the pedals to drive comfortably. 6 laps in, he hot swapped the car with Martin, who experimented with what gears yielded the fastest results through the Thunderbolt course's tighter turns.

Roger took full advantage of the car's small size and weight, slipping past several cars at the start and latching on to a group of Miatas that were stuck behind a Mustang FR500 in the faster E1 class. The Mustang would experience a sudden and unfortunate incident just 6 laps into the race, crashing tail first into the corrugated steel barriers under the bridge to the Thunderbolt paddock and spinning back on to the track in the path of an unfortunate Miata. This crash brought out an early red flag that halted the race for a full 30 minutes while course workers furiously cleared the track of debris.

When the race resumed 30 minutes later, Roger found himself in a race-long dogfight with the other cars in class, punctuated by the short break between the first and second stints. A quick fuel stop and a quick drink of water later, Roger returned to the cockpit a second time to resume their battle. By the end of the second stint, he had brought the car up to 4th place in E4 and 10th overall.

With a promising foundation set, Roger handed the car over to Martin, who has been the regular driver of the car for the past two seasons. Martin immediately got into his comfort zone, set his sights on the cars ahead, and muscled his way to 9th overall in his first three laps. While the cars around him started slowing down, Martin kept a steady pace to bring the car home a respectable 4th out of 13 cars in E4 class, and 9th overall. Their best lap of the race? A solid 1:41.829. 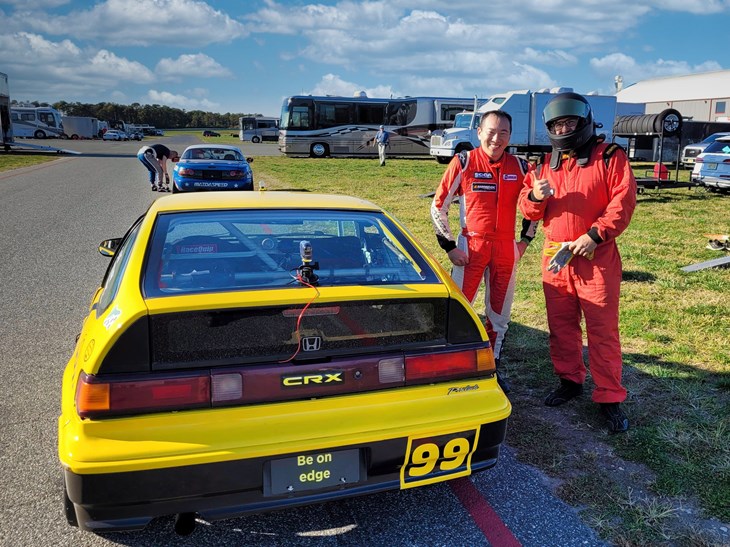 "This race was a nearly perfect end to our '22 season. Qualifying could have gone better, but given that we were bedding pads and scrubbing in tires I'm happy with our position. The team worked hard to move from 16th to 9th place overall and we showed the car's potential.

I'm looking forward to next year's improvements to the car. We're also still looking for a third driver so Roger doesn't have to work twice as hard."

I would like to thank all of the members of the ProjectCRX Racing Team for their combined work in building such a great car and for keeping the dream alive after all these years. And equally importantly, I would like to apologize again to Warren Sackman in the #77 Mazda Miata for inadvertently turning in on him through Thunderbolt's high speed turn 9.

We will be back next year. And next time, we're coming for the podium." 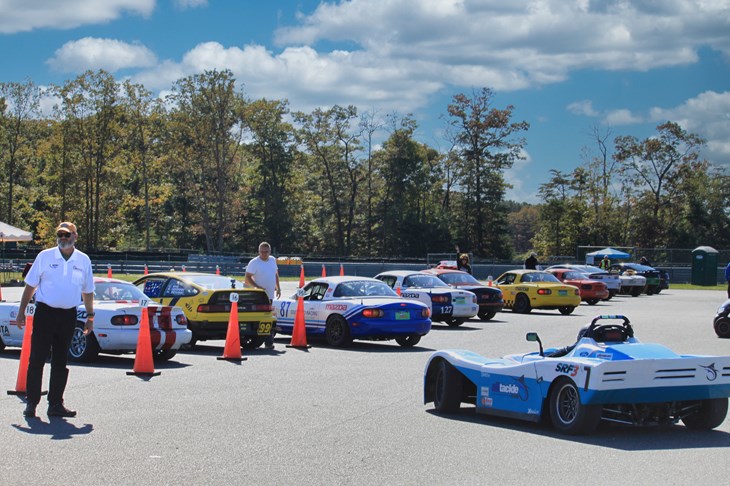 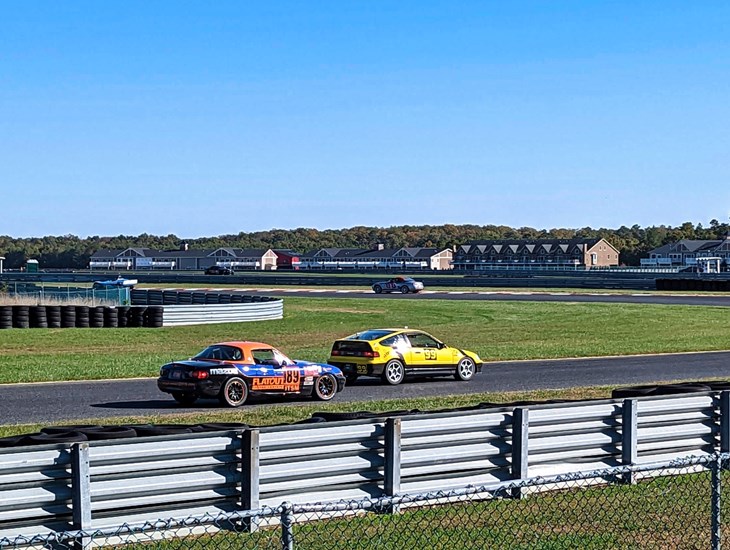 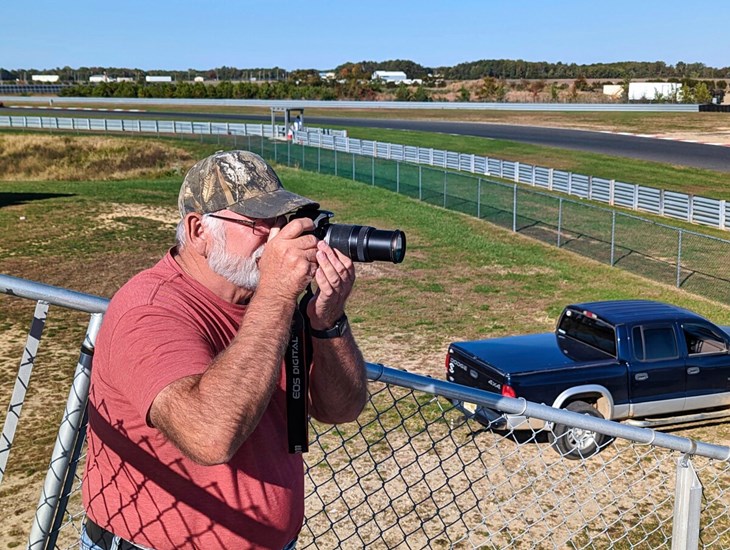 Special thanks to Paul Hayden, who helped outfit the car with a special livery, accompanied us to the track to support us at this special event, and took many of the fantastic photos that we featured in this race report.

For more information on ProjectCRX, visit their team site at https://projectcrx.racing.