They say it's "third time lucky." But in the world of racecar testing, there is no such thing as getting lucky at a test. Tests are for finding and fixing problems so they don't become an issue during a race. If you owe your trouble-free test day to luck, you did not have a successful test.

That's why we came away from our final test of the 2020 season with the same accomplished euphoria as when we finish on the podium. After being stymied by problem after problem, the StudioVRM Prelude was finally running the way it was meant to. And we knew it wasn't down to luck. 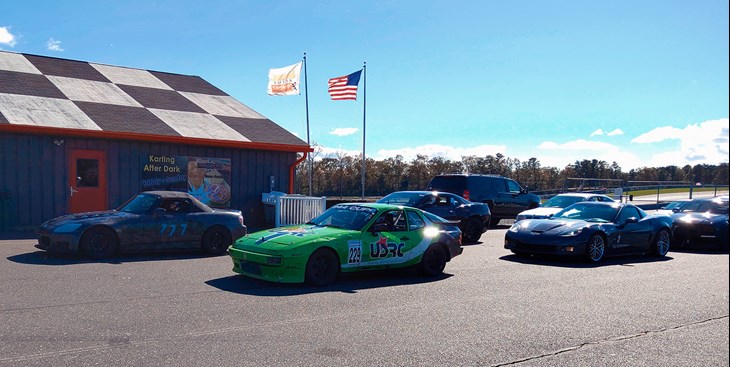 With ambient temperatures near freezing and 20-30 mph winds threatening to tear the State Flag of New Jersey off its pole, we knew we wouldn't be breaking any lap records at this cold November test. Fortunately, gasoline engines love cold temperatures. And our 2020-spec H23A1 loved it.

The painstaking re-work of the Prelude's ancient electronics had paid off. Gone were the intermittent misfires and fuel flow issues that stopped us from turning a single fast lap at our last test. The Prelude's cast aluminum heart roared to life and gently shook the cabin through the new engine mounts it received since our October test.

On track, the motor rewarded robust applications of throttle with excellent response in the middle of its 3500rpm-wide powerband. This enhanced drivability is a welcome addition, as it will help us make overtaking moves where our torquey Honda has the advantage over its competition. On the other hand, there seemed to be a noticeable lack of top-end power, though the AFR gauge showed us why: Despite the cold, dense ambient air, the gauge showed an air fuel ratio of just 10:1.

When we dyno-tuned the StudioVRM Prelude, it still had the Prelude's original Honda fuel pump. While it seemed to be adequate at the time, it wasn't enough to allow the 410cc RDX injectors to pump fuel to their full potential. Now that we had upgraded to a 255LPH Walbro unit, the engine was getting much more fuel than what the tune expected. Extra fuel is good for cooling the engine, but it isn't ideal for power. By running the engine so rich, we were leaving more than a few percent of power on the table under full throttle.

That wasn't the only issue of the day. An off-track moment during an early morning session tore the BEMS-built splitter right out of its mounts, leaving some big holes in the front bumper and relegating the Prelude to a state of perpetual understeer. There was also an elusive oil leak somewhere near the timing cover that caused the car to puff clouds of blue smoke during right-hand turns. 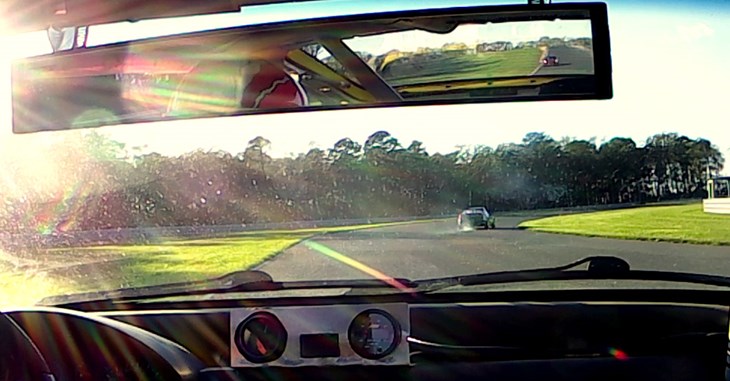 Yet, despite all this, the Prelude kept pounding out the laps. Team StudioVRM spent the afternoon chasing down drivers in high-dollar sports cars, briefly pausing to observe Martin's equally productive test day in the ProjectCRX Si. In six on-track sessions, we gathered enough data to get the best out of our Hoosier road race slicks and plan a slew of handling and aero setup changes for the 2021 season. It felt great to have our first productive on-track session in months. It felt even better knowing that these strong laps would translate to a strong start when the tracks reopen in 2021.

Of course, there's still plenty of development work to be done over the off-season. In addition to repairing the bumper and replacing the splitter, we plan to refine the aerodynamics of the car to reduce parasitic drag and make the most of our power. Speaking of power, we also have a new intake manifold previously ported by Bad Guys Worldwide which we hope will help extract a few extra hp at the top end of the Honda H23A1 powerplant. 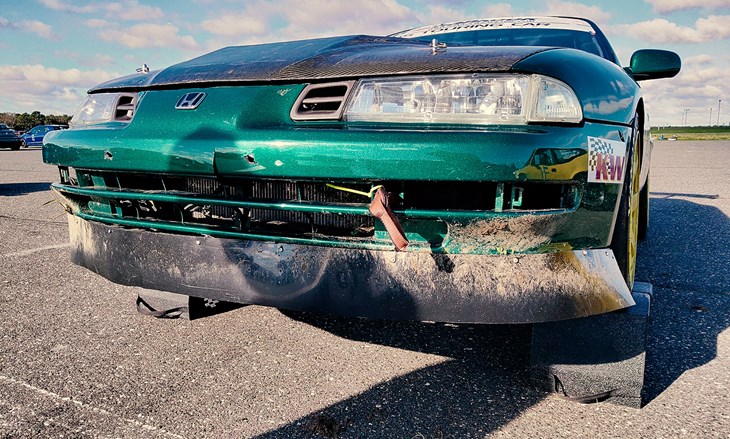 No doubt, this will be a very busy winter. But for the first time in years, we will go into this off season with great expectations from our first race of 2021.

Time to get to work.